MYSTERY BABYLON AND THE VATICAN 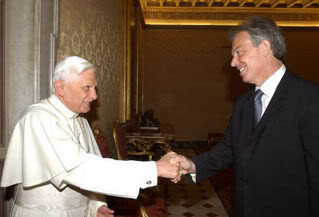 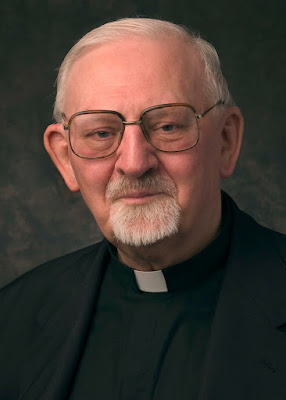 Pope and Blair Masonic handshake. Peter Hans Kolvenbach (is he the former) Jesuit General,NO REALLY HE IS THE BLACK POPE

"It is curious to note that most of the bodies that work these, such as the Ancient and Accepted Scottish Rite, Fresselor's, Rite, the Sovereign Prince Masons etc,. are nearly all the offspring of the Sons of Ignatius Loyola. The Baron Hundt, Chevalier Ramsay, Tschoudy, Zinnendorf, and many others, who founded the grades of these rites, worked under instructions from the General of the Jesuits". - Helena Blavatsky, Isis Unveiled, 1875, p. 390.


"The great strength of our order lies in its concealment. Let it never appear in any place in its own name, but always covered by another name, and another occupation. None is fitter than the 3 lower degrees of Freemasonry; the public is accustomed to it, expects little of it, and therefore takes little notice of it" - Adam Weishaupt, founder of the Bavarian Illuminati 1873. Weishaupt was a 'former' Jesuit and Professor of Canon Law at the Jesuit Ingoldstadt University in Bavaria. The Jesuits had been suppressed by the Pope in 1873 and by the Bavarian government and re-emerged with this front group - the Illuminati. The founder of the Jesuits, Augustus Loyola, was a member of the Spanish Illuminati, or Illumbrados.

In the words of Abraham Lincoln:

" If the Protestants of the North and South could learn what the priests, nuns and monks, who daily land on our shores, under the pretext of preaching their religion, were doing in our schools and hospitals, as emissaries of the Pope and the other despots of Europe,, to undermine our institutions and alienate the hearts of our people from our Constitution and our laws, and prepare a reign of anarchy here, as they have done in Ireland, Spain, Mexico and wherever there are people that wish to be free they would unite in taking power out of their hands. The Jesuits never forsake".

In the words of John Adams:

" I am not happy about the rebirth of the Jesuits. Swarms of them will present themselves with more disguises ever taken by even a chief of the Bohemians - as printers, writers, school teachers, etc. If ever an association of people deserved eternal damnation, on this earth and in hell, it is this Society of Loyola (1816).

Catholic Church symbols are Babylonian, Egyptian and Sumerian. When not wearing a 'Jewish' yamulka the Pope wears the fish head mitre worn by the Babylonian kings. The Jesuit Catholic Church are the inheritors of Mystery Babylon, the Great Whore in the Cryptocracy's script known as 'Revelations'.


Vatican City is an Egyptian Sun Worship temple complete with obelisk in Magick Circle (penis of Osiris) and Dome (womb of Isis).

- the Vatican is a City-State with its own government, citizens, laws, courts and Swiss Guard (a gift from the Swiss Banks) - from Mussolini Agreement, 1929

Former Israeli PM Yitzak Rabin signed 60% of the old city of Jerusalem lock, stock and barrel to the Vatican in 1993. Included is the site of the Temple Mount where the Rothchild controlled Jesuits/Vatican will rebuild the Temple and house the World King (Antichrist) according to their Biblical script. Rabin was murdered a short time later.

The Pope is the High Priest of the Mysteries The Jesuit General is Count Peter Hans Kolvenbach, the current 'Black Pope'.